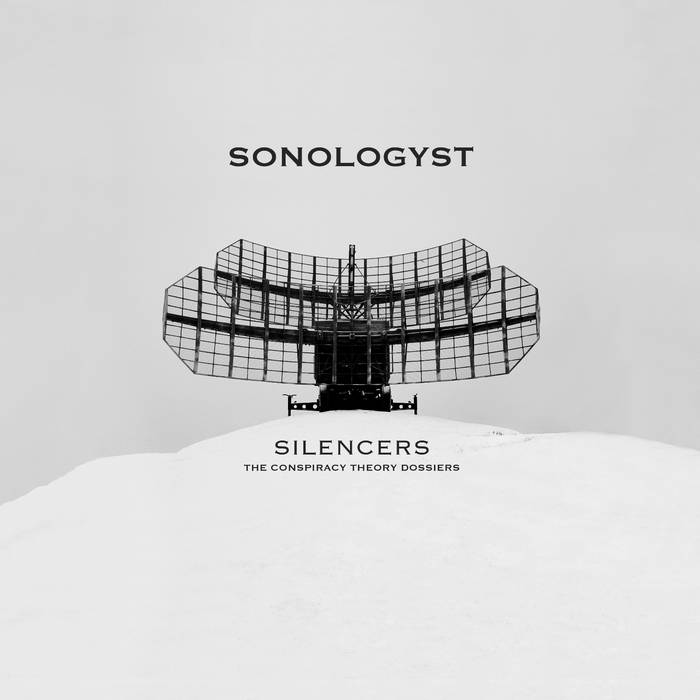 slc_winterized The entirety of this album outs me in a unique mood, thanks to the general concept and absolutely authentic and unique way Sonologyst creates its own environment. Very nice production, creative noises that do have their place in the world of music. This is brilliant and moves my mind. Favorite track: Nocturnal Anomalies.

silentvoid_webzine A brilliant concept for some brilliant music.
Sonologyst offers us a minimalist album of the highest quality.
Frequencies, field recordings, sound waves from unknown and mysterious places, secret recordings that make the skin crawl, a journey into noise in its purest form.
Warmly recommended! Favorite track: Close Circuit.

antidorsessions The theme is one of my fields of interest anyway and listening through the album with the atmosphere it generates i think i'd like to watch that movie now. Favorite track: Deep Black Programs.

Urs Wild Offering an artistic view on what could be spoken of behind closed doors, kept from the public, Sonologyst presents a great album that makes me think about what we are allowed to know, who decides that, and why. Favorite track: Nocturnal Anomalies.

Purple Crow Raffaele Pezzella is THEE MOST SUPPORTIVE person of independent experimental artists IN THE WORLD! This cannot be denied for those who are aware of his efforts publicly and privately. Support Unexplained Sounds Group (USG) releases if you want to see the world of experimental underground music bloom! The interview for this album is fantastic and the theme is as ancient as it is modern. Deserves to be on a soundtrack for a paranormal documentary!

Eerie drones, oscillations from the ether, distorted dark matter, signals from other dimensions... The music of Sonologyst fluctuates between scientific sonic documentaries and psychedelic abstraction, illuminated by early experimentation of the 50's and 60's, as well as future possibilities of the electronic and electro-acoustic.

"Silencers (The Conspiracy Theory Dossiers)" is inspired by the testimonies of those who have had contact with the so-called "Silencers" or "Men in Black". Federal agents? Aliens? International conspirators?

Given the mixture of a treasure chest of governments money, and private connections, the likelihood exists that six decades later there is a clandestine group that possesses:

- Technology that is vastly superior to that of the “mainstream” world.
- The ability to explore areas of our world and surroundings presently unavailable to the rest of us.
- Scientific and cosmological understandings that give them greater insights into the nature of our world
- A significant “built off the grid” infrastructure, partially underground, that affords them a high degree of secrecy and independence of action.
This might well qualify them as a separate civilization – one that has broken away from our own, in effect, a breakaway civilization. Still interacting with our own, its members probably move back and forth between the official reality of what we are supposed to believe, and the other reality which encompasses new truths and challenges.

Excerpt from the book “A.D. After Disclosure” written by Richard Dolan and Bryce Zabel

For a serious introduction to the conspiracy theory, and the Breakaway Civilization, here's a link to an excerpt from the book “A.D. After Disclosure” written by Richard Dolan and Bryce Zabel
www.richarddolanpress.com/ad-after-disclosure

The Future of Music. Today
toneshift.net/2018/04/23/silencers-by-sonologyst/

Bandcamp Daily  your guide to the world of Bandcamp

Featured sounds from Fly Lo and Ahmed Idris, plus Mother Nature hops on to drop off new project